The Miami Police Department says what began as disagreement about masks led to an assault on Sunday evening. 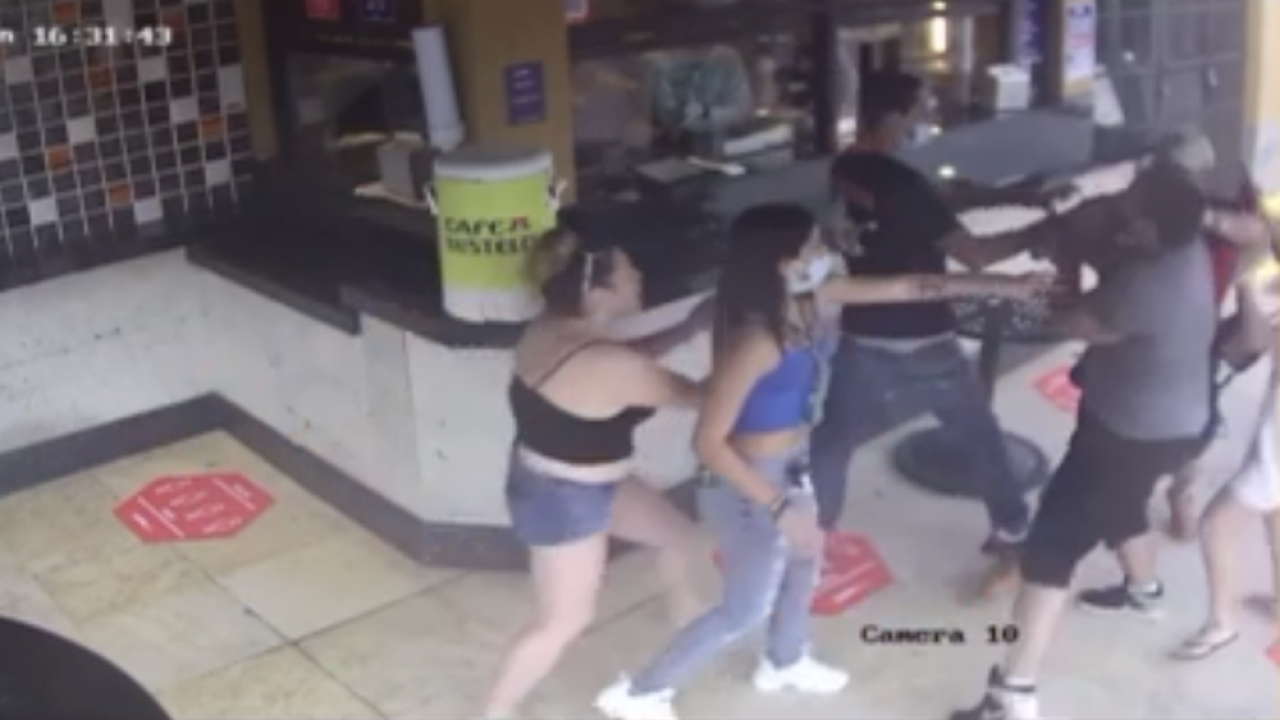 The Miami Police Department says what began as disagreement about masks led to an assault on Sunday evening.

According to a statement from the Miami Police Department, the incident began at Latin Cafe, a ventanita or coffee shop near Miami International Airport. Surveillance video shows five people milling about outside of the cafe.

The Miami Police Department says a few patrons got into an argument about mask compliance. Video shows one customer, wearing a mask and a red shirt, gesturing toward cafe employees and appearing to speak in exaggerated tones toward another customer without a mask.

Miami Police Officer Kiara Delva told WSVN-TV in Miami that the fight left the man in the red shirt "disoriented."

Police say they're searching for four people in connection with the incident. It's unclear how many of those people could face charges.

Miami currently requires the use of masks in public to prevent the spread of the coronavirus. First-time offenders are issued warnings, while repeat offenders could face fines.