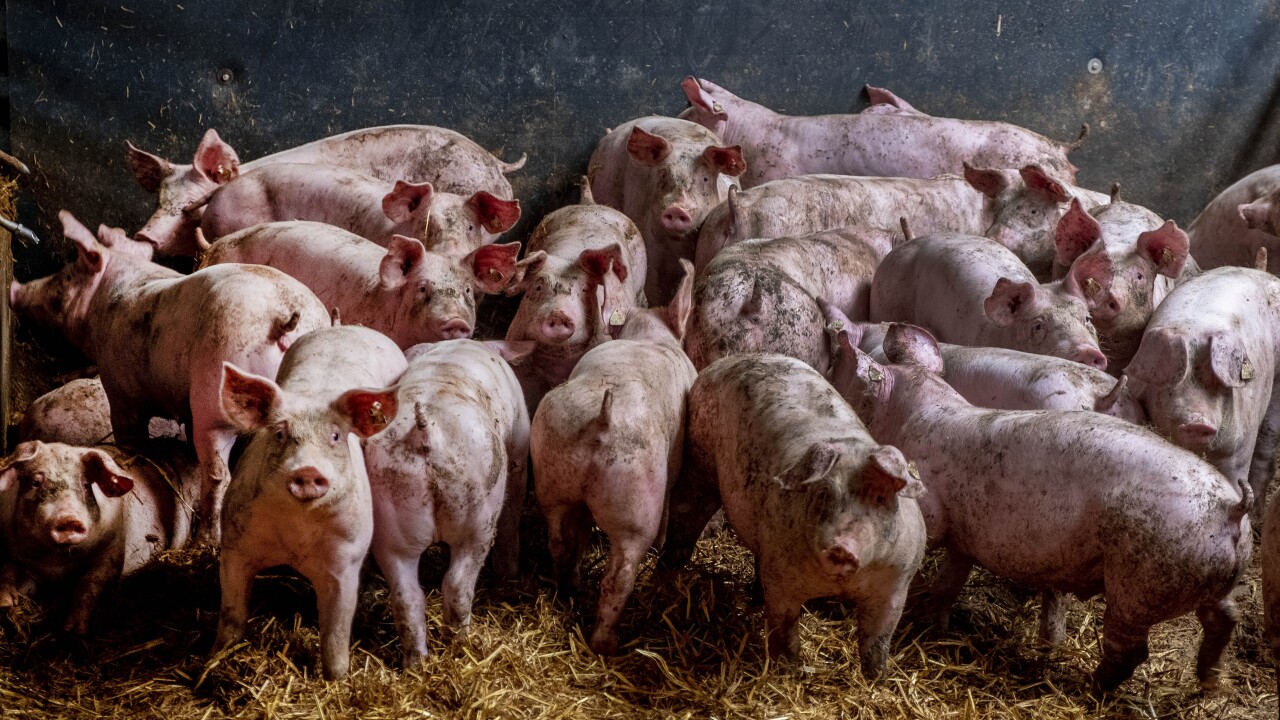 Copyright 2020 The Associated Press. All rights reserved
Michael Probst/AP
Pigs are seen in a shed of a pig farm with 800 pigs in Harheim near Frankfurt, Germany, Friday, June 19, 2020. The pigs are sold to local butchers and slaughtered there. (AP Photo/Michael Probst)

As the world sputters amid a global coronavirus pandemic that may have originated from bats in China, researchers released a study on Monday indicating that pigs could transmit a pandemic-level flu strain to humans.

The Chinese and British based researchers, who published their findings in the Proceedings of the National Academy of Sciences on Monday, said that G4 EA H1N1 viruses in pigs should be closely monitored in human populations, especially among workers in the swine industry.

The researchers said that pigs are intermediate hosts for the strain of influenza, which researchers are concerned could spread to humans. A further concern is that humans could spread the virus to other humans, prompting a pandemic.

While the study notes that the virus had spread to workers in the swine industry, it likely has not been transmitted from humans to humans.

“G4 viruses have all the essential hallmarks of a candidate pandemic virus,” the team of UK researchers wrote.

While the study indicates cause for some concern, Martha Nelson, an evolutionary biologist at the U.S. National Institutes of Health’s Fogarty International Center, told Science Magazine the chances of a pandemic from G4 viruses are “low,” but added that no one knew the pandemic risk of H1N1 until 2009.

“Influenza can surprise us,” Nelson told Science. “And there’s a risk that we neglect influenza and other threats at this time” of COVID-19.

Nelson added to Science that given the warning, it would be ideal to produce a human G4 vaccine as the world still needs to be vigilant on other pandemics besides COVID-19.

Domestically, the University of Missouri reviewed the research.