Wisconsin primary: Some Milwaukee voters waited in line for more than two hours despite 'stay-at-home' order 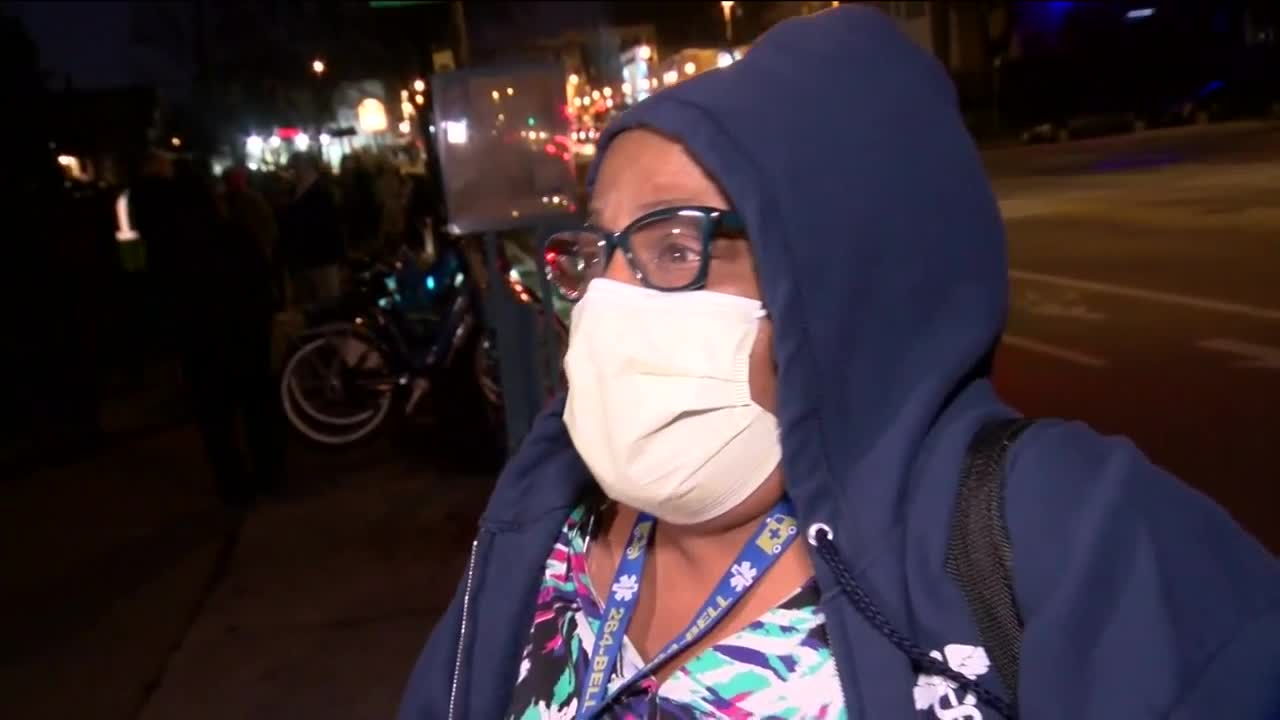 At what election officials say was the busiest polling location of the five in the City of Milwaukee, an estimated 5,000 voters cast their ballots.

Thanks to an order from the state Supreme Court, Wisconsin held in-person primary voting on Tuesday, even though the state was under a "stay at home" order from Gov. Tony Evers.

The state also reduced the number of polling locations across the state in response to the COVID-19 pandemic. In Milwaukee, there were five voting centers open on Tuesday; during a typical election, there are usually 180 polling locations open.

At what election officials say was the busiest polling place in the state's largest city, Milwaukee, an estimated 5,000 voters cast their ballots. The site at Riverside University High School had lines wrapped around several city blocks from when the polls opened at 8 a.m. until the last voter got inside around 10 p.m.

Anyone who was in line at 8:00 p.m. was allowed to vote, but some just missed the cut-off.

Renee Bacon says she just got off her shift as a nurse and rushed to the high school to vote. After looking for a parking space, she got to the end of the line around 8:03 but was turned away.

"I'm sad, I really am upset. Because they've been saying so many different things about how we're supposed to vote, when to vote, and we can't do it now," Bacon said. "They should keep the polls open later. I wish I had done absentee ballot or something, but I didn't know it was going to be all this chaos."

Earlier Tuesday, most voters said it took them around an hour-and-a-half to get through the line, some waited closer to two-and-a-half hours.

Lachelle Jones said it was her duty to vote, no matter how long it took.

"We got to do it. We have to do it. They tried to postpone it. It didn't happen, so, unfortunately, we have to be out here," Jones said.

Inside, poll workers wore personal protective equipment and sanitized voting stations. Members of the Milwaukee Health Department were on hand to make sure voters were observing social distancing rules.

Milwaukee Police officers were on scene to patrol the end of the line. Most voters were in the doors of the school shortly before 10 p.m.

The results from Tuesday’s primary will not be known for seven days as Wisconsin will count mail-in ballots to be counted as long as they were postmarked by this afternoon.

This story was originally published by Tom Durian on WTMJ in Milwaukee.