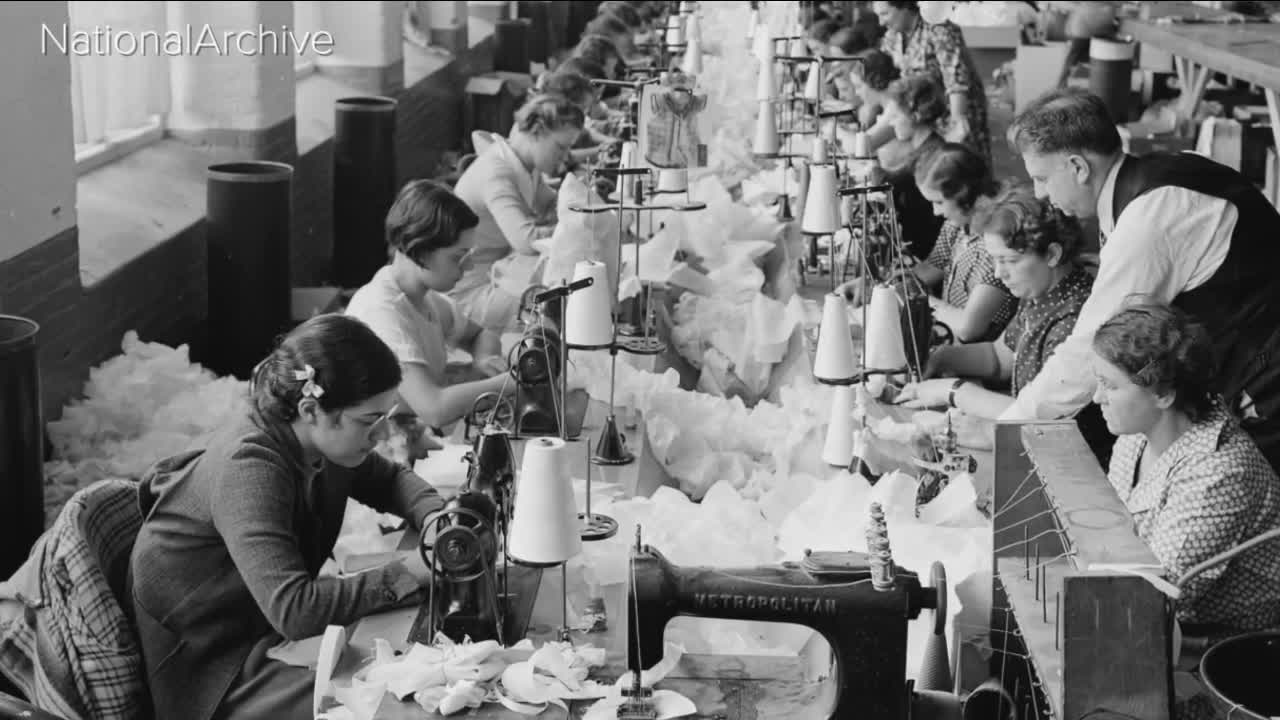 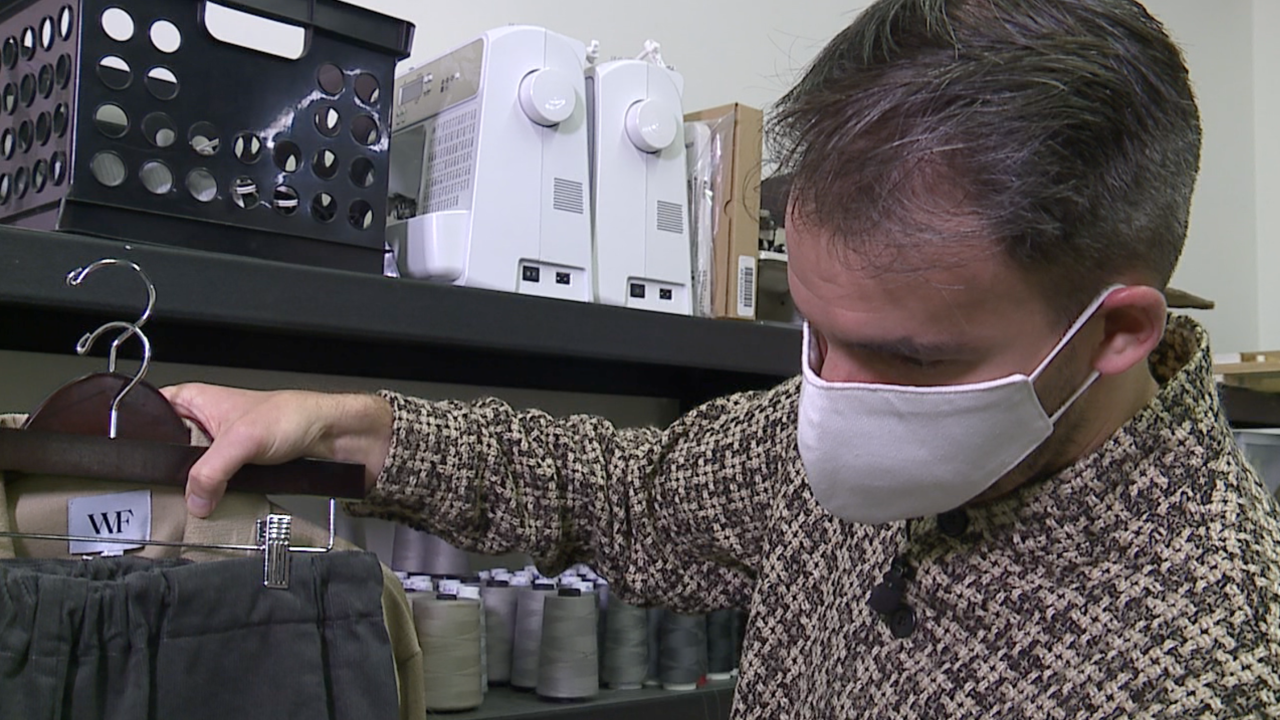 But Cleveland-based fashion designer William McNicol is hoping to rebuild the industry one stitch at a time.

“I've actually been sketching since I was a kid,” McNicol said.

Over time, that hobby turned into something much more for McNicol.

In August 2018, he produced the first collection for his clothing line - William Frederick.

“It leans a little menswear but a lot of our pieces are designed specifically to fit women,” McNicol said. “Especially our pants and our coats a lot of them billow out at the waist and allow different movements for women as well.”

It’s all made in the Cleveland area with help from Amanda Cowsert and her team at Forma Apparel Manufacturing in Beachwood.

“He comes in with his inspiration for the collection as well as sketches or ideas for new garments or tweaks from previous garments,” Cowsert said. “And then we take those notes and we apply those pattern changes and we do a round of sampling and tweak the final product. And then we run the quantities that he orders.”

They make it look easy, but launching a clothing line in Cleveland has been anything but. From the 1860s to the 1950s, the city used to be second only to New York City in garment manufacturing.

“At that point, one in seven Clevelanders worked in the garment industry,” McNicol said.

Then, things declined in the 60s and 70s, leaving once-booming warehouses, like the old Richman Bro. Co. abandoned.

“Today, we have less than a total of 10 workers,” McNicol said.

Now, McNicol’s goal is to bring the industry back, by continuing to build his brand and partnering with small businesses like Forma.

“When you look at our brand, we are unique in the sense that when you support us, you're actually supporting two local small businesses at once,” McNicol said.

There have been some bumps in the road due to the COVID-19 pandemic.

But McNicol pushed through those challenges and launched the F20W21 William Frederick collection on Nov. 10.

“It's been the best response that we've had yet,” McNicol said. “And I think that's just a natural evolution of the brand, having more followers and people paying a closer eye.”

Because of that success, McNicol’s vision of a garment-making boom in Cleveland is crystal clear.

“I just think naturally creating a pipeline potentially from Kent State and other fashion schools instead of losing talent to New York, LA, Chicago to restore that talent here, but we have to have an opportunity for those students first,” McNicol said.

The team at Forma Apparel Manufacturing is also considering moving from their location in Beachwood to the Warehouse District or the Flats to reconnect with the roots and history of the garment-making industry, but also to get some more visibility and foot traffic from the local community.