Owner of 2 new, local boutiques hopes to make a difference in community 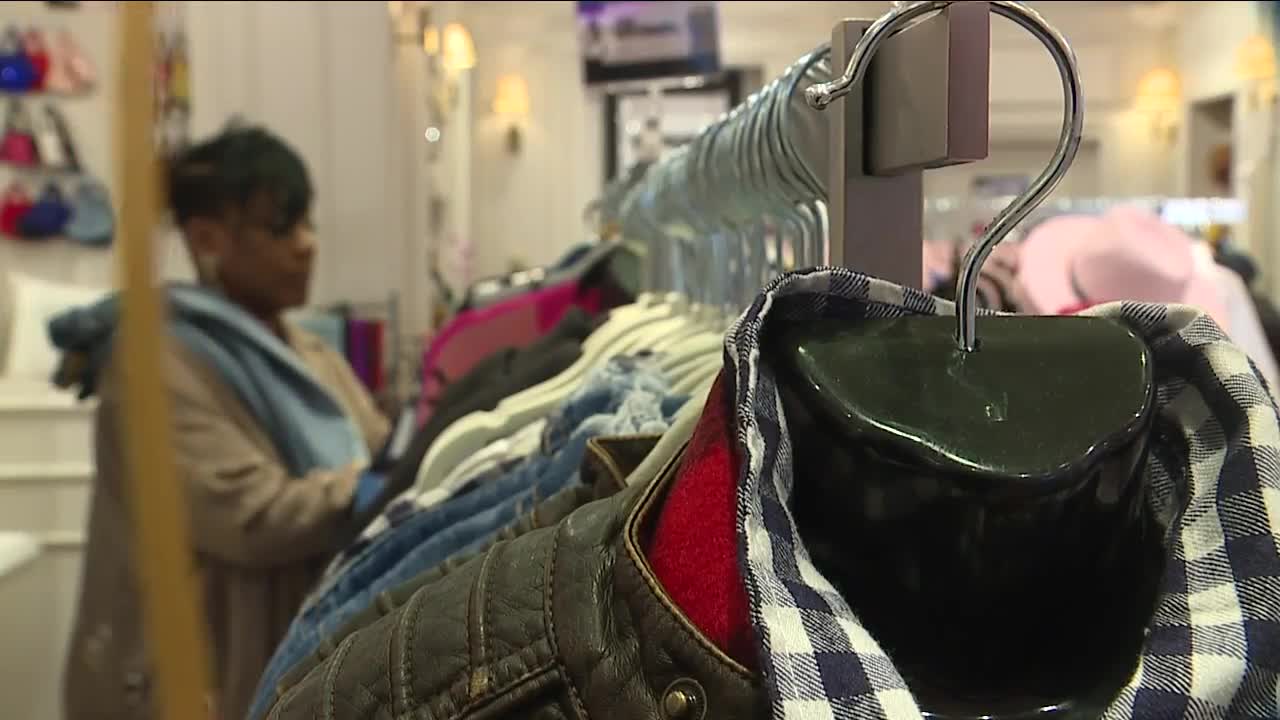 The last several months have been tough for small business owners trying to find ways to stay afloat during the COVID-19 pandemic. One local woman seems to have found the key after recently opening not one but two boutiques in Beachwood. BEACHWOOD, Ohio — The last several months have been tough for small business owners trying to find ways to stay afloat during the COVID-19 pandemic.

One local woman seems to have found the key after recently opening not one but two boutiques in Beachwood.

Family and fashion are the inspirations for Dresscode and Ashton’s Corner boutiques, but owner Tanya Manning-Grant said what you see goes beyond just the clothes — it's also become a way for her to give back.

In November 2019, she decided to step away from her 27-year-long career as a managing director and vice-president of supply chain and procurement at a corporate office and opened a womenswear boutique called Dresscode.

It's inspired by her mom, Annie, who passed away from breast cancer 15 years ago.

“I just decided to take a dream that I've always had in my heart, and bring it to fruition,” Manning-Grant said. “My mom was a very classy woman. She was very understated, subdued in her dress but always so well put together.”

The shop started online and sales were strong until they took a hit during the beginning of the COVID-19 pandemic.

“I think people weren't sure where they were going and what was going to happen because of the pandemic,” Manning-Grant said.

But things picked back up again. Manning-Grant got her own kiosk in Beachwood Place in May and then her own store in September.

“Moving in here has just really expanded things for me. I have an incredible clientele that's supporting me,” Manning-Grant said.

She dedicated one side to Dresscode and the other to Ashton's Corner - a boutique for young boys inspired by her three-year-old grandson Ashton.

“I wanted to leave a legacy for him. I wanted to help build a foundation for him,” Manning-Grant said. “And I wanted him to see what hard work was and that this is something that I wanted him to take hold of and for him to be proud of his Nana."

Now, with business going well, Manning-Grant is focusing on using her shop to help others. It’s something she said her mom dedicated her life to.

This past Saturday, she held a breast cancer awareness event to collect donations for research and to educate people about the disease.

“We had several young women coming in, which was exciting, because I think a lot of young women don't understand that this disease could impact them as well. And so I wanted to use my store as a platform, as a voice for those issues,” Manning-Grant said.

Going along with her pledge to give back to the community, in November, Manning-Grant is hosting a book, toy, and puzzle drive called Ashton's Reading Corner for children in need at Ashton's Corner.

“One of the things that my dad would always say is, 'every kid deserves at least one gift to open up on Christmas morning.' And so, we're hoping that we can make a difference. And I wanted to give books, games and puzzles because I want to enrich kids’ minds,” Manning-Grant said.