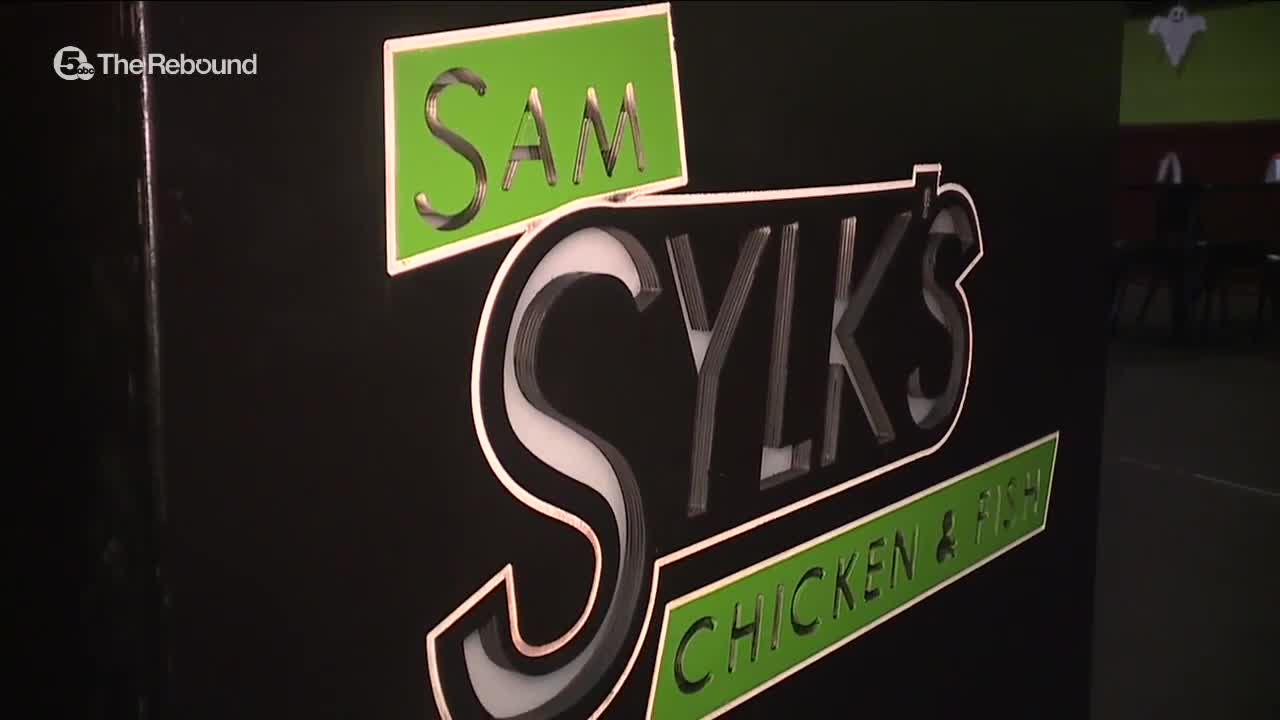 Putting Cleveland back to work. That’s the pledge Sam Sylk of Sam Sylk’s Chicken and Fish restaurants is hoping to do with his new hiring initiative. That’s what Sam Sylk of Sam Sylk’s Chicken and Fish restaurants is hoping to do with his new hiring initiative.

Sylk says his restaurants went through a COVID-19 slump, but they were able to rebound and now, he’s offering jobs to those who need them most.

“I was out of work for a long time and I was trying to find the right fit for the whole pandemic with the restaurant industry,” Deonte Peterson, the new manager at Sam Sylk’s Chicken and Fish in Garfield Heights, said.

Laid off from his previous job doing voter registration in March, Peterson struggled to find work in local restaurants even with culinary arts and business management degrees under his belt.

“I had to wait a long time for unemployment. It was three months before I even received a check from unemployment. So it was real, real tough,” Peterson said.

Then, three weeks ago, he applied at Sam Sylk’s Chicken and Fish in Garfield Heights and landed a management position.

“It was a blessing, to be honest. It’s something I had just been working so hard towards,” Peterson said.

Sylk said Peterson has been a great fit so far.

“He’s been working out very well. I mean jumped right in. Very knowledgeable about the industry and willing to learn,” Sylk said.

“You had a lot of folks who lost their jobs due to the pandemic. A lot of businesses closed, restaurants closed. And so we were blessed to be able to have some openings,” Sylk said.

Sylk said at the beginning of the pandemic sales dipped at his restaurants, but they picked back up enough for him to open another chicken and fish spot on Cleveland’s west side in July and a lounge in Maple Heights in September.

“You know you want to give back in so many different ways and that's one of the things about owning is to be able to give back to the community,” Sylk said.

Peterson said he’s working towards more opportunities with the company down the line, including possible part-ownership of a future franchise. But for right now, he’s just grateful to be in the kitchen again.

“Just knowing that I'm able to pay my rent. I'll be able to put gas in my car and be able to put food in my refrigerator. So that's the biggest thing is security,” Peterson said.

Sylk is currently hiring for positions at his five chicken and fish restaurants and his Sylk’s Restaurant and Lounge location. More information can be found here.