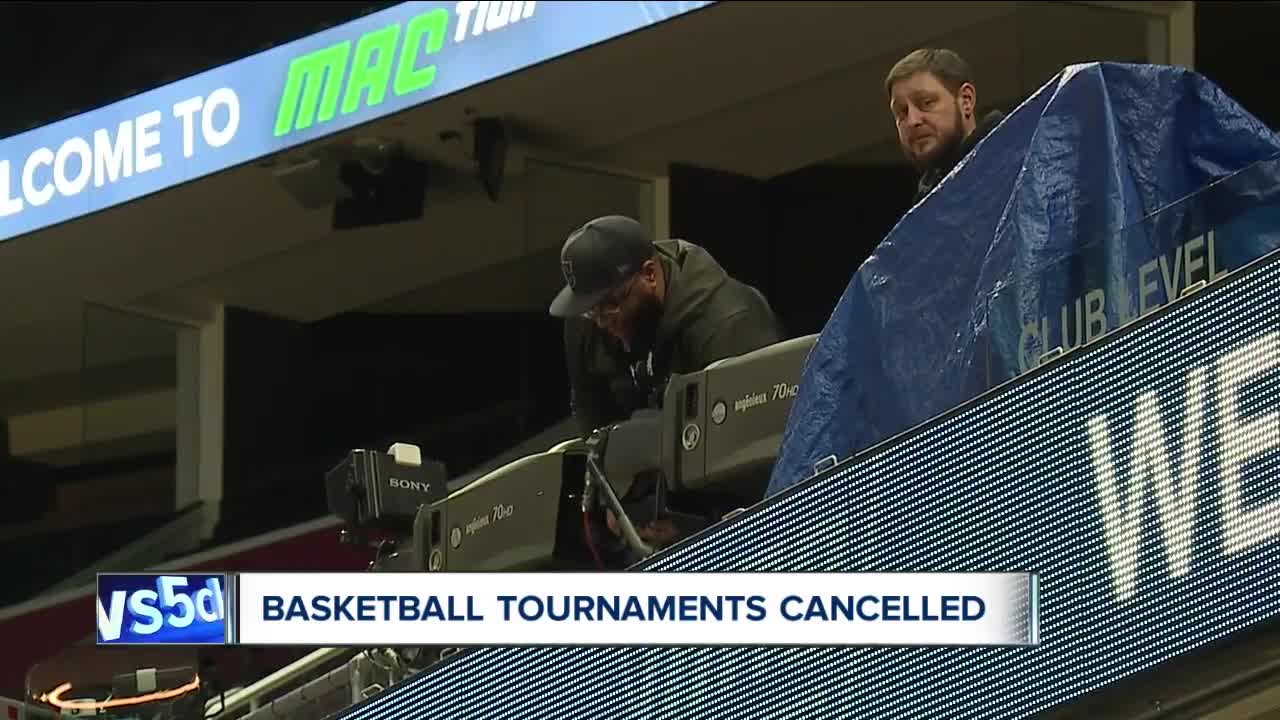 The Mid-American Conference is canceling the rest of the 2020 MAC Men’s and Women’s Basketball Tournament, which was underway in Cleveland. 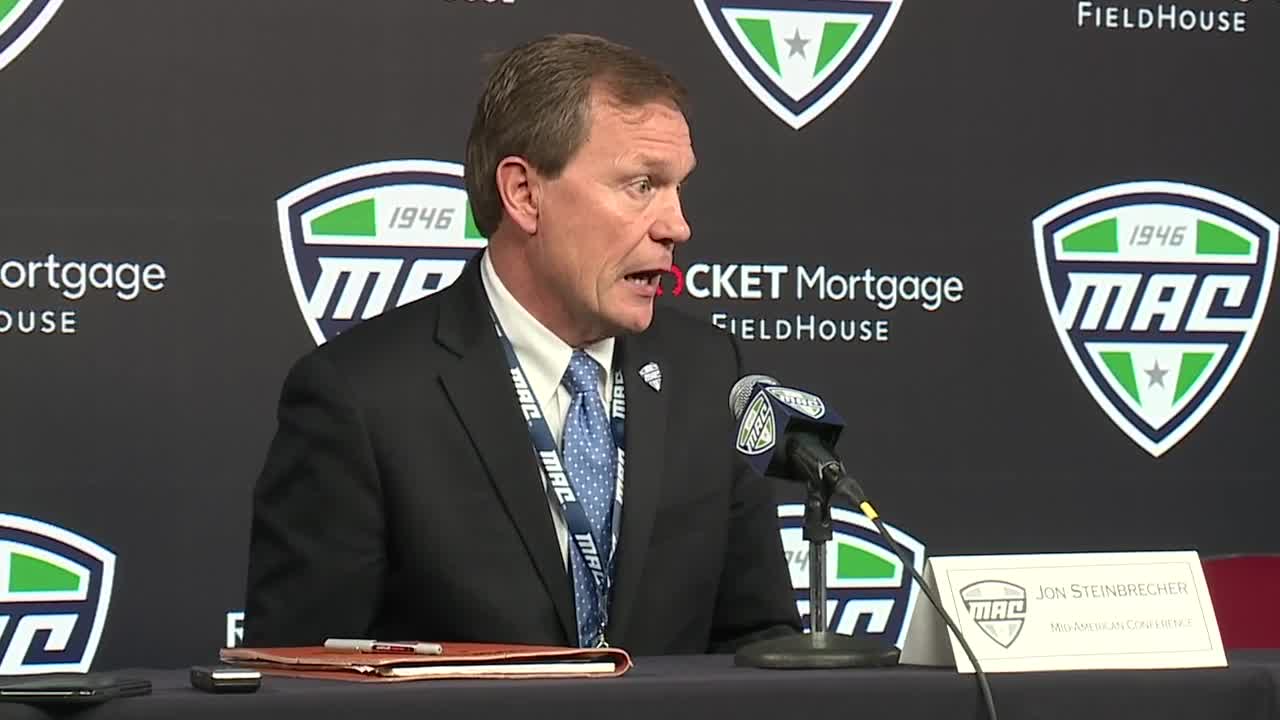 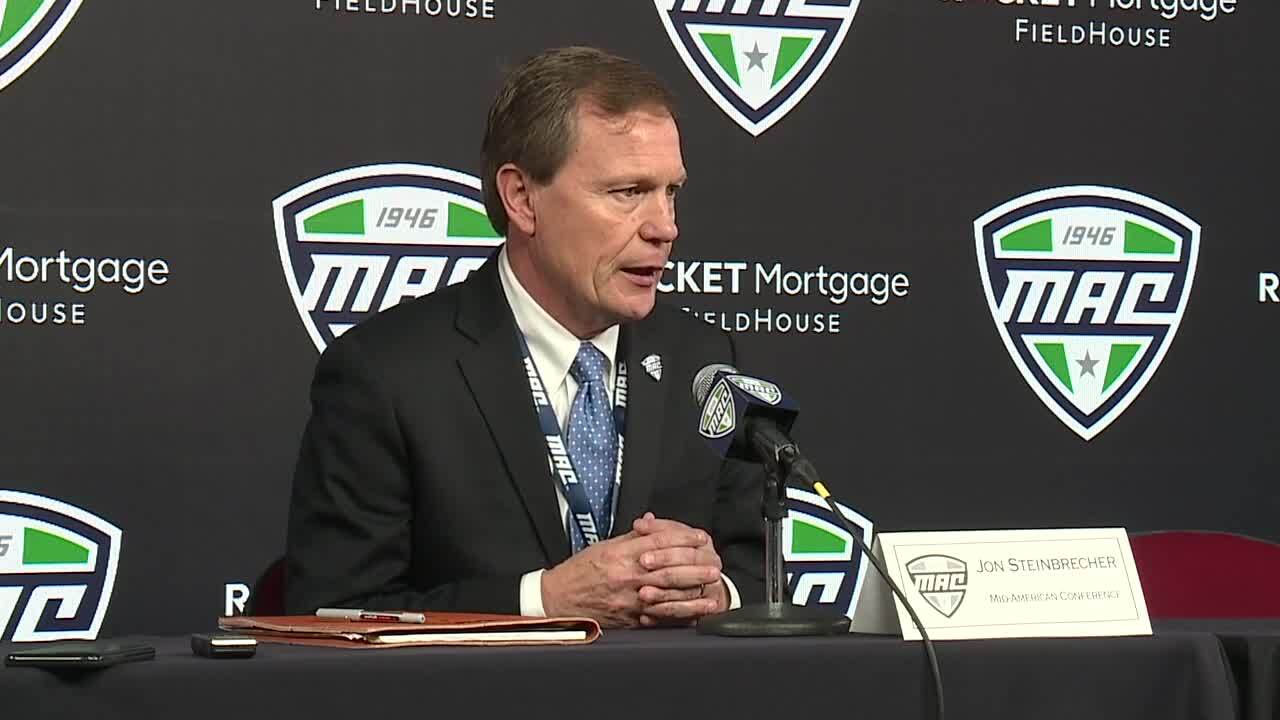 CLEVELAND — The Mid-American Conference is canceling the rest of the 2020 MAC Men’s and Women’s Basketball Tournament, which was underway in Cleveland, in response to the global coronavirus pandemic.

The MAC Tournament was ready to proceed until Thursday morning, but MAC officials made the decision to cancel after talking and consulting with school presidents, said Jon Steinbrecher, the commissioner for the Mid-Atlantic Conference.

"We are just working the problem," Steinbrecher said. "We are concerned with making sure we are doing everything to mitigate the risk with our student-athletes and fans. I am just focused on protecting the staff, coaches and athletes."

Part-time workers, ushers, concessions staff and others will be compensated as if they worked the event, a conference officials said.

They have not made a determination on spring sports yet, Steinbrecher said.

Steinbrecher said he doesn’t have knowledge of another time when a cancellation of this scope has happened, at least not at this scale due to a worldwide pandemic.

The Utah Jazz NBA team was here at Rocket Mortgage Fieldhouse 10 days ago on March 2. Since then, two team members have tested positive for COVID-19. Steinbrecher said health officials told him players would not have been at risk when visiting the locker room.

After each event, there is an extensive cleaning and sanitation, Steinbrecher said. There have been five events at Rocket Mortgage Fieldhouse since the Jazz came to town.

The MAC is not alone in its decision to cancel. The state of Ohio has just stopped the rest of its high school tournaments as well. All are canceled.

With rows and rows of Fieldhouse seats not filled this year, we asked the head of the MAC how do you feel now canceling the tournament under an unprecedented event?

As a worldwide pandemic hits close to home, he and others are working on safe decisions. "I don't know if I feel. I'm focused on that…that's the job right now,” said Stenibrecher.

Other conference basketball tournaments were canceled Thursday including the ACC, SEC, and the BIG 10.