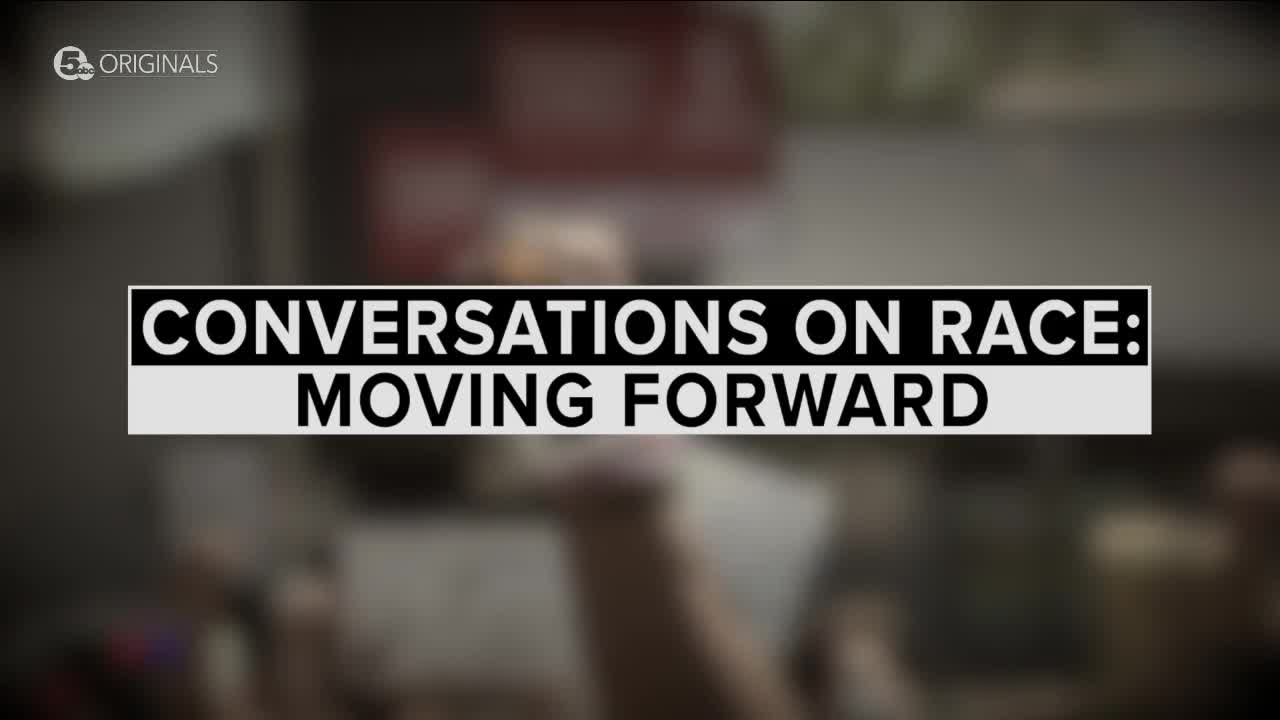 “Conversations on Race: Moving Forward” an hour-long special report from News 5, explores how we got here, and how we move forward toward a more equitable future.

“Conversations on Race: Moving Forward” an hour-long special report from News 5 that aired at 5 p.m. on July 22, explores how we got here, and how we move forward toward a more equitable future.

Watch the complete special in the video player above, and click the links below to read and watch the stories from News 5's reporters and anchors.

Defining white privilege, systemic racism, implicit bias as we seek to understand racial equity
There are a few phrases that have entered the national conversation over and over again — and we hear them in conversations with our own family and friends, in the news, and across social media.

Sidaway Bridge once connected Black and white neighborhoods. Now it connects us to the past.
A nearly-forgotten abandoned bridge still stands as a reminder of Cleveland’s troubled past amid the civil rights movement.

Cleveland students use music, melody by Michael Brown to highlight racial inequalities
A group of Cleveland students is using their musical talents to call attention to racial injustices they see and live through every single day.

Thank you for watching this News 5 special and helping us all move the conversation forward.