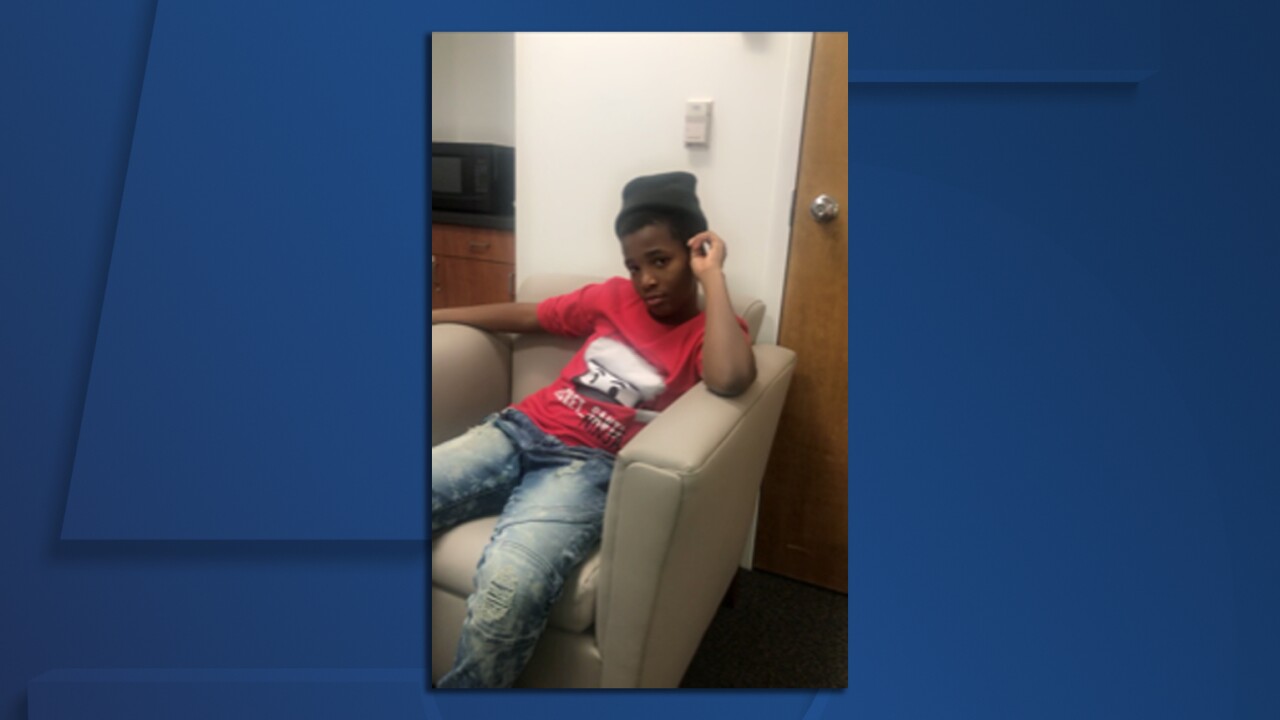 CLEVELAND — Cleveland police are asking for the public's help locating a missing 12-year-old who hasn't been seen since June 20.

Police said Deonte Bennett got into an argument with his grandmother on June 20 at 8:45 p.m. and fled from the house located in the 4300 block of East 139th Street.

According to police, Deonte ran towards Miles Avenue.

Police said Deonte could be at Miles Park School or his aunt's house in the 12000 block of Ferris Avenue.

Family told police they've seen reports on social media that Deonte was recently seen at a park in Garfield Heights.

Deonte was last seen wearing gray basketball shorts, a black shirt with red, white, and blue strips on the arms and a turquoise backpack.

He is 5-feet-3-inches tall and weighs 180 pounds. He has black hair and brown eyes.