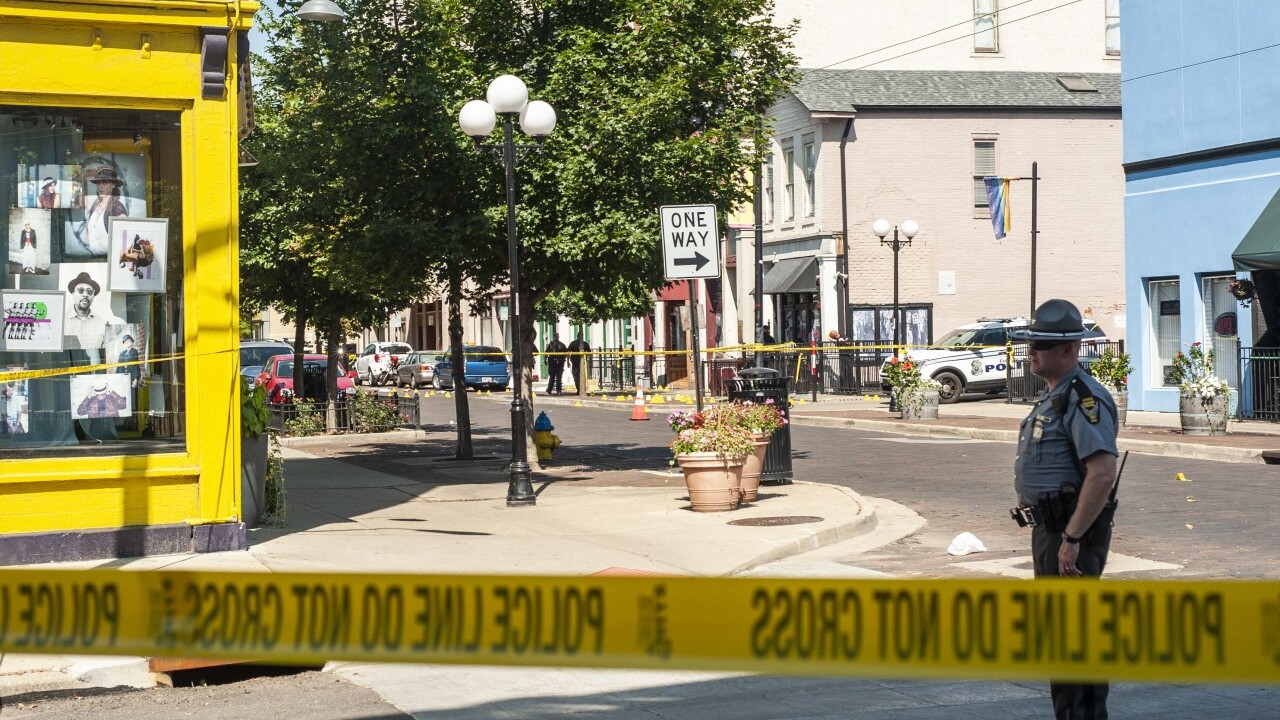 DAYTON, OH - AUGUST 4: Law enforcement officials investigate the scene where a gunman opened fire on a crowd of people over night on Fifth Avenue in the Oregon District on August 4, 2019 in Dayton, Ohio. In the second mass shooting in the U.S. within 24 hours a gunman left nine dead and another 27 wounded after only a minute of shooting. (Photo by Matthew Hatcher/Getty Images)

DAYTON, Ohio — Authorities in Dayton will provide an update on the mass shooting that killed nine people in the city’s historic Oregon District.

The press conference is scheduled to begin at 11:00 a.m. Watch it live below:

On Sunday, the shooting took place about 1 a.m. on East Fifth Street in the city's Oregon District.

Officers killed the lone suspect, later identified as Connor Betts, 24, after he fired dozens of shots in less than a minute from a ".223 high-capacity" gun, and he had additional magazines with him, Mayor Nan Whaley said. The .223 caliber is used in rifles like the AR-15 assault rifle used in previous mass shootings.

More on this continuing coverage here.