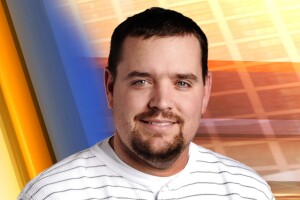 Joined News 5: October 2006, as an editor and joined the ranks of the photographers a year later.

Most Memorable Stories: While in Richmond, I was able to cover the Katrina and Rita hurricanes in Louisiana during the month of September 2005. I later got to see how far the city had come along when NewsChannel5 sent me to New Orleans for the BCS title game, which the Buckeyes unfortunately lost.

Favorite Music: Listen to anything and by anything, I really do mean anything.

Favorite Movie: I’m not a big movie person so any comedy.

Favorite Foods: Anything that’s not good for you.

Hidden Talent(s): They wouldn’t be hidden if I told you.

What I like best about Northeast Ohio: After spending time in Tornado alley and near the Atlantic coast, I have to say our weather and seasons are the best.

You're most likely to see me around town: Somewhere in the Cuyahoga Valley National Park or on the Towpath Trail.

On the weekends I love to: Relax, watch a little racing and spend time outside.