Here's a list of things in Northeast Ohio closed due to coronavirus concerns, including churches 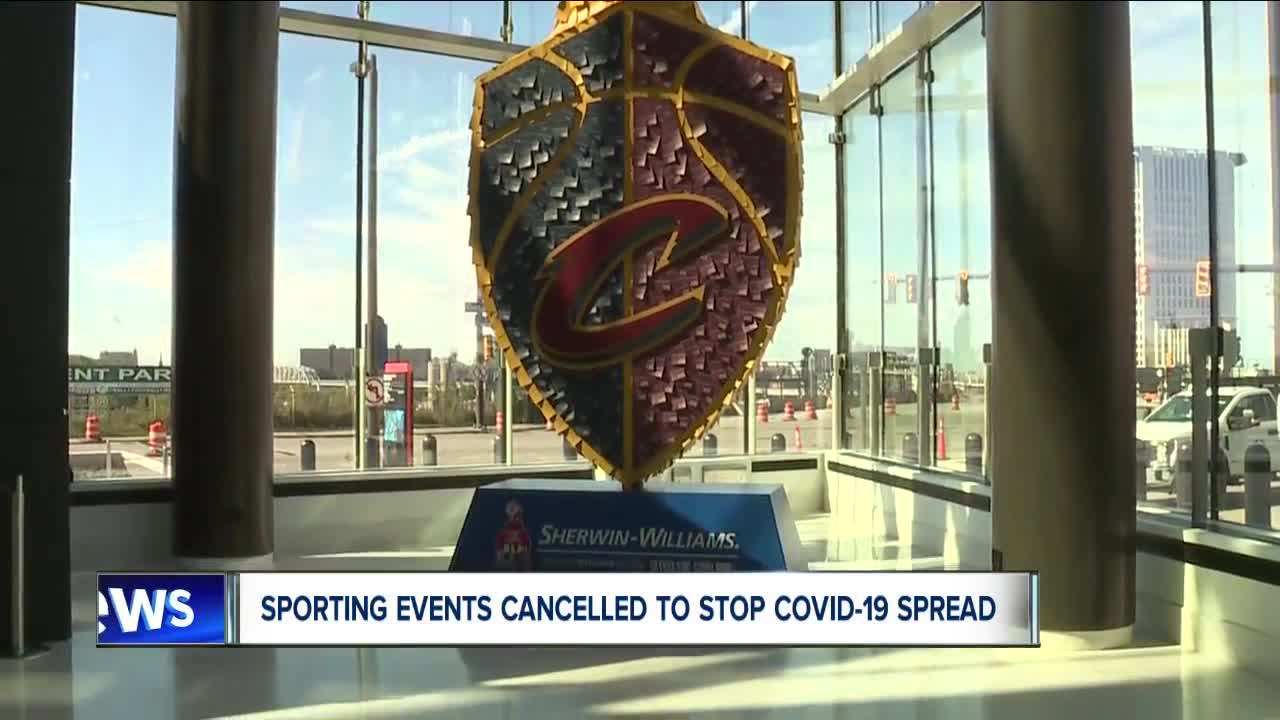 Here is a list of places and events that have either been cancelled or postponed due to coronavirus concerns. 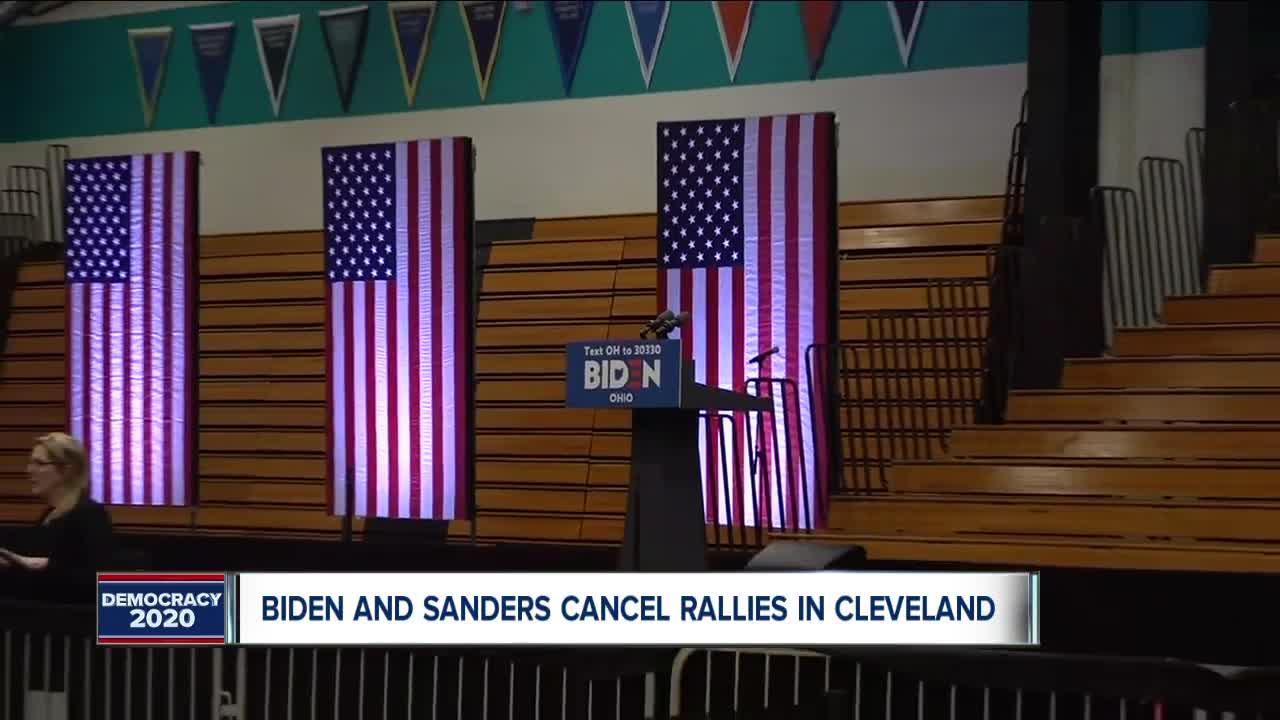 Following Tuesday’s recommendation from Governor Mike DeWine that universities switch to online-only classes, sporting events go on without spectators and Ohio residents practice social distancing, here is a list of places and events that have either been canceled or postponed due to coronavirus concerns. The list includes church also closed.

On Thursday, Governor Mike DeWine announced that all Ohio K-12 schools will close at the end of the school day on Monday, March 16 for an "extended spring break" until April 3.

READ MORE: All Ohio schools to close for 3 weeks starting Monday in response to coronavirus pandemic

All Rose Center for Aging Well sites and senior centers will remain closed until further notice.

The Mid-American Conference Tournament has been canceled.

“We will use this time to work with the appropriate state authorities and health experts to determine our next steps moving forward,” Jerry Snodgrass, Executive Director. “We realize this is disappointing for our participants and their fans, but the overall health and safety of everyone involved in our tournaments is our priority.”

No timetable has been determined for possible rescheduling for the tournaments.

The American Hockey League has suspended play until further notice, effective immediately. All upcoming Cleveland Monsters games originally scheduled, starting with the home game on Sunday, March 15, have been postponed.

The Rock and Roll Hall of Fame Induction Ceremony, scheduled to take place in Cleveland on May 2, has been postponed.

RELATED: Rock and Roll Hall of Fame Induction Ceremony postponed due to coronavirus

Popular music festival Coachella has officially been postponed until October due to coronavirus fears. While not a local event, many people attend Coachella from all over the United States including Northeast Ohio. The festival, which was slated to be held during two weekends in April, attracts thousands from across the world.

RELATED: Music festival Coachella called off until October due to coronavirus

The festival said that it was heeding advice from health officials in California.

Tickets will be good for the rescheduled October dates. Those unable to attend can seek refunds, with additional information coming by March 13.

While not exactly closed, some court cases are being rescheduled at the Cuyahoga County Justice Center.

According to the court, arraignments, trials and pre-trials as well as all civil matters will be rescheduled for the next three weeks.

By doing so, the court hopes to limit the amount of foot traffic inside the Justice Center.

You can check the court date schedule by clicking, here.

Jail cases that were already scheduled, including arraignments for both felony and misdemeanor crimes and misdemeanor pre-trials and trials that currently have a defendant in jail will still be heard, the court states.

Gov. DeWine issued an order Thursday prohibiting all mass gatherings of 100 or more people in the state of Ohio.

The annual St. Patrick's Day parade in Cleveland has been canceled as a precautionary measure against the spread of coronavirus, according to multiple sources affiliated with the parade. The cancellation comes on the heels of Chicago canceling its parade this morning.

Cleveland Mayor Frank Jackson announced the Cleveland International Film Festival has been canceled in response to confirmed cases of coronavirus in Northeast Ohio.

The Cleveland Orchestra announced it’s canceling concerts scheduled at Severance Hall on March 12, 13, and 14 amid concerns over the coronavirus pandemic. More info here.

The film festival was scheduled to run from March 25 to April 5, with this year being the last year it would be held at Tower City Cinemas. After the 2020 season, the festival will have a new home at Playhouse Square net year.

The event has grown more popular with each passing year, and according to the CIFF, attendance has reached more than 100,000 during its annual 12-day run featuring more than 600 film screenings.

According to the library, all programs, services, activities and meeting room reservations have been canceled.

The closure is effective end of day Friday.

The branches will still be used as polling locations for the primary election on March 17.

It will also still provide meals to kids Monday to Friday from 3:30 to 4:40 p.m. at the main branch and the 27 other branches.

All branches will be closed beginning Saturday, March 14.

The Pro Football Hall of Fame will be closed effective Monday, March 16 through Friday, March 27.

The Wadsworth Public Library will be closed until April 5, effective March 14.

The museum said it is postponing all public events and meetings through March 31. Tickets purchases for events will be reimbursed, according to museum officials. You can reach the ticket office at 216-231-4600 x3200

Beginning March 13, all classes and programs are canceled until March 31. Visitors who have registered for programs between March 13 and 31 will be provided a full refund. Those with concerns can email at info@lensc.org.

The metroparks are closing some indoor public facilities and canceling all events and programs until at least March 31.

The main officer at 1414 Market Avenue will be closed to the public beginning Monday, March 16 through Monday, April 6. All shelter and facility rentals to include the Canton Garden Center, Garauz Shelter and all rental areas at the Edward "Peel" Coleman Community Center scheduled through Friday, April 3 are suspended. Renters have the option to transfer their rental to a later available date or receive a full refund.

The Medina County Park District issued this statement regarding the cancellation of their programs from March 14 to 30:

"The health and safety of visitors is Medina County Park District’s number-one priority. In order to be proactive in attempting to reduce the potential spread of the COVID-19 Coronavirus, all park programs are canceled beginning March 14 and extending at least through March 30. In addition, Wolf Creek Environmental Center, Alderfer-Oenslager Wildlife Sanctuary, and Susan Hambley Nature Center are closed to the public from March 14-30.

"All other parks, trails and preserves remain open to visitors -- including Brunswick Lake Park, where Susan Hambley Nature Center is located.

"The park district will assess the situation on March 30 and make a determination as to when normal programming and nature center hours will resume. All decisions regarding public health and the safety of park visitors are being made in close consultation with the Medina County Health Department.

"Medina County Park District Headquarters will be closed from 11:30 a.m. to 1:30 p.m. Monday through Friday so that volunteers who assist with office duties during that period may stay home."

The Catholic Diocese of Cleveland is canceling mass on St. Patrick's Day.

Starting on Friday, they will be closed to the public due to DeWine's public gatherings ban.

The closure will remain in place for the foreseeable future.

The Islamic Center of Cleveland

The Islamic Center of Cleveland will not hold jummah khutbah (Friday sermon) prayer on March 13, 2020.

The Cleveland Botanical Garden will be closed to the public starting on Friday.

Holden Arboretum's announced on Wednesday that they will be closed starting on Thursday.

The Akron Civic Theatre will be postponing events and rescheduling them for a later date.

Dyngus Day has been canceled, but officials hope to reschedule it for a later date.

Girl Scout cookie booths will be canceled through March 29. The will be reopening digital orders.

The Cleveland Zoo will be closed until at least March 31.

Public access to the South Main Street and Tallmadge Avenue locations will be temporarily suspended beginning March 16. Workers will still be there to ensure residents receive the benefits they need. To apply for, renew or update assistance call 1-844-640-6446 or click here.

Beginning March 16 at 12 p.m., public access will be suspended at Summit County Animal Control. Only law enforcement will be able to make animal drop offs. Residents missing their pets can call 330-643-2845 to schedule an appointment to see if their pet is there.

Public access is being suspended beginning March 16 at 12 p.m. Residents can pay their sewer bills online here, or by writing a check and using the drop box location on South Main Street.

The following churches in Northeast Ohio have canceled services: