A look at the future of Flats South, racial justice talk in Ohio City, and new life for old bikes 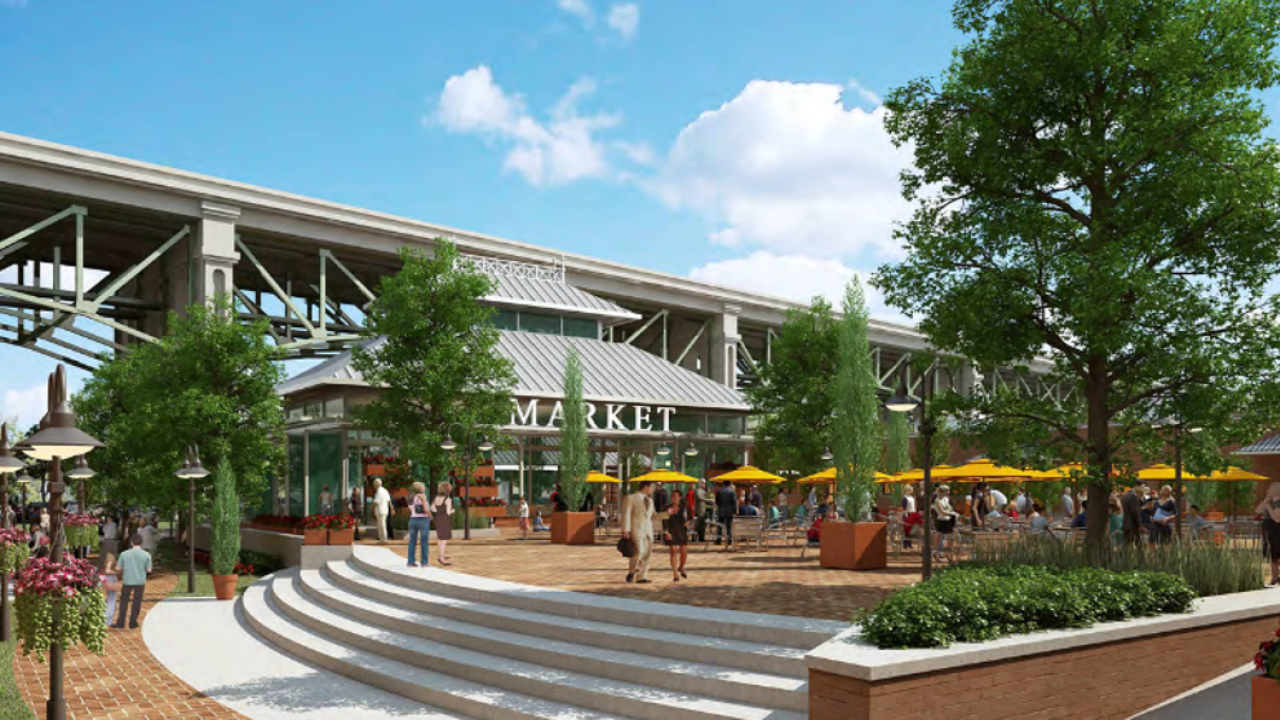 This rendering shows a possible outdoor market in Flats South, where Cleveland Whiskey just agreed to a long-term lease.

CLEVELAND — There's a lot going on in Cleveland and you might be wondering about some of the plans. From the Flats South turning to a destination spot to Ohio City's racial justice actions to a bike donation organization, here's what's happening.

The commercial listing for the "Flats South Innovation District" shows a new rendering of what Flats South could look like once other businesses and attractions sign on to the area.

“We had these buildings which were forgotten and someone needed to breathe life into these properties,” Pietro said.

Pietro said Cleveland Whiskey can be the one of the first businesses to draw people to the riverfront, sparking the activation of other vacant buildings nearby or new construction on empty lots.

Stark Enterprises Digital Designer tweeted this thread showing how Flats South is part of a much larger series of projects and plans that would help make the Cuyahoga River a destination.

Excited to see the next frontier of CLE development in the pipeline @FlatsForward along the Cuyahoga River! These projects will transform how we access and engage with the city's natural landscape and will unlock hidden potential that has sat neglected for decades! 1/ pic.twitter.com/fS3wevq96V

Ohio City Incorporated is hosting a conversation with local artist Antwoine Washington on August 24, after his work is installed on the Metzner Building at 1899 West 25th Street.

Please join us for an important conversation around racial equity with local artist, Antwoine Washington (@antwoinewashington) who recently designed “The Fight for Racial Justice” banner on W. 25th Street.

His artwork took on a similar role when he designed two pieces of art to cover utility boxes along the East 55th Street corridor.

While groups like Bike Cleveland try to expand bike infrastructure in and around the city, they’re also helping people get bikes to use those lanes and trails.

Bike Cleveland’s Bike Match program has “plenty of people who are in need of a bike, but we are looking for people with an extra bike to sign-up to donate it,” said Bike Cleveland Executive Director Jacob Van Sickle in an email.

You can fill out a form here to either donate or receive a bike.

“Bike Cleveland asks that your bike be in ready-to-ride condition,” Van Sickle said. “If it needs more than some air in the tires, then it is not considered ready to ride.”

You can get more information about the program here.