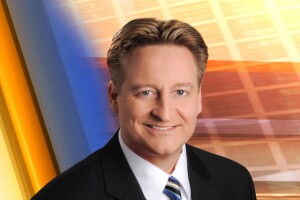 Current Position/Job Duties: Chief Meteorologist since 2003. Mark’s high-energy style keeps viewers informed and prepared for the coming weather. He can also be seen weekly giving out gardening and landscape advice with Angelo Petitti on "Mark's Garden."

His forecasts can be heard daily on radio station WREO Star97.1 on the east side, WDJQ Q-92FM in the Canton/Akron area, and on WNCX and WDOK FM in Cleveland.

Awards/Honors: Mark is an award-winning meteorologist, having received coveted Emmy Awards for his weather forecasting. He was the first Cleveland forecaster with both the American Meteorological Society (AMS) and the National Weather Association (NWA) Seals of Approval. He has also gone on to achieve the Certified Broadcast Meteorologist (CBM) seal from the AMS.

Mark was voted by Cleveland Magazine as one of this area's 50 Most Interesting People in 1997 and 1998.

You're most likely to see him around town: With his wife, Mary, and his three children and one grandchild.

Additional Info: You can also read Mark's advice on plants, landscaping, and wine drinking on newsnet5.com.